Meet the newest nazi transplant from Florida to the Asheville area, Charles Sean Conry AKA Jesse NC. Charlie is an active member of the fascist white supremacist organization Patriot Front.  Patriot Front (PF) is a splinter from and rebranding of its former incarnation, Vanguard America, which held the prime organizers and participants in the infamous Unite The Right rally in 2017. Two weeks after James Fields, Jr. murdered Heather Heyer at UTR in Charlottesville, Virginia, a very young Thomas Rousseau announced the transformation of Vanguard America into “Patriots Front,” seizing control of the Southern Front Discord server from ex-marine Dillon Irizarry (aka Dillon Hopper).

Patriot Front’s ideology never changed from its explicitly “American Fascist” ideology, regardless of which label they happened to be operating under at the time. For a more in-depth look at the interconnection, rebranding, and common memberships throughout the stages of the group’s current name – from Atomwaffen Division to American Reaction to American Vanguard to Vanguard America to National Bloc to Patriot Front – click here.

Patriot Front is one of the largest distributors of racist and antisemitic propaganda in the country today, both online and via fliers, stickers, and banners. Patriot Front are also known for their short, choreographed “flash mob” type events where their members will briefly march through a city – often at night when there are no bystanders – while wearing khaki pants, polo shirts, and carrying American flags. These marches function as a means to create more fascist propaganda to recruit new members and spread their hateful ideology. It’s worth noting that during their briefly held march over the 4th of July weekend in 2021, bystanders in Philadelphia chased off the participating Patriot Front members.

The most recent of these occurred on December 4, 2021 in Washington D.C.. Patriot Front marched in full fascist “riot gear” -including shin pads and shields- up and down the Capitol Mall, but ended up leaving about half their group waiting in the cold for hours waiting for a ride after what was originally attributed to the fascist organization’s lack of organization and historical untimeliness during such rallies. This cold failure has since been attributed to the coordinated direct action of antifascists attacking their personal and rented vehicles.

Immediately following their December 4th D.C. march, anti-fascist infiltrators within Patriot Front, along with researchers and groups across the country, began to publicly identify current members of Patriot Front, as part of an ongoing campaign to notify our local communities about neo-Nazis threats.

***For a gallery of all recently identified members of Patriot Front, click here!***

Conry is responsible for the bulk of fascist propaganda placed in WNC over the last six months including stickers, stenciled graffiti and banner drops.  He is the main creator of the stencils and banners for the western half of North Carolina using a Cricut machine to make his fascist stencils

While Patriot Front likes to try to keep their image as clean as they can get, members break organizational rules: as did Charles when he posted a swastika on a local bookstore along with PF stickers on the night of January 8th. He was also spotted placing stickers in downtown Asheville with another yet-to-be-identified individual.

The swastika sticker reads “We will not forget Waukesha”, a new rallying cry for racists trying to exploite a tragedy.

He has also been busy in a “tag war” with local anti-racists under the Amboy Rd bridge at the French Broad River Park where he likes to stencil PF garbage.

He seems to be upset about how quickly his banners get removed and burned.  It’s good to know that he follows us on twitter, get your news from the source Chuckie!

While all of this is disturbing enough and warrants a mention, he had much more nefarious plans that fell through.  In a video leaked online by Unicorn Riot, Charlie and “Adam NC” are seen scouting the Bridge Park in Sylva, North Carolina.  The reason for the trip was to look for cameras in the area so the group could vandalize a Harriet Tubman statue called Journey to Freedom.  The traveling sculpture was not attacked and is currently on public display in Philadelphia. Patriot Front has been responsible for vandalizing many murals and sculptures across the country the past two years.  All works of art they have tried to destroy have been targeted because of either their inclusive nature or ties to Black Lives Matter movement.  The only reason the Tubman sculpture in Sylva was spared was a heavy dose of paranoia and incompetence of North Carolina Patriot Front membership.  North Carolina’s Patriot Front crew is known for hanging their banners upside down by accident, infighting, having their propaganda taken down immediately and torched.  The Carolinas collectively have yet to actually get assigned a regional number of their own that other areas have.

Charlie Conry drove the fascists to drop a banner in Greenville South Carolina.

Below Conry is discussing the strange behavior of James NC while he filmed the two scouting the area around the statue.  While it’s unclear whether “James NC” might have left the organization in November, or rejoined as some chats infer, we know he has a track record of never truly distancing himself from fascist organizing.  Three years ago James NC, or rather Somerled Macdougall, was identified as the local fascist that was placing the now defunct Identity Evropa.  Somerled probably feels like he got out of PF (again) just in time, but we  remember you.  How’s the wedding photography business  going?  Thanks for picking up the camera and picking new unwitting clients to film, super sweet of you.

Below is Conry’s message to Thomas Rousseau about the scouting mission, concerning James NC.

“He’s been late to the majority of weekly meetings and has missed a handful altogether.
He has very odd filming habits referring specifically to the Harriet Tubman statue scouting mission that Adam Nc and Myself Planned in Sylva, NC which James was also late to and he filmed our faces and us talking while scouting the area, which made us feel uncomfortable and then bailed shortly after when we had a pre planned banner drop. Adam then asked him for the footage and he took a week to send it to Adam. At that point neither Adam nor myself felt comfortable completing and further planning in dealing with the statue which would have undoubtedly led to further membership. James mentioned while we were putting up ProMat downtown as a group Oct 1st that it would be a good idea to complain on social media posing as a “liberal”that we (PF) were in the area as a way to give us inorganic recognition, which to say the least is distasteful. The same group that doxxed him before he was in PF found our banners rather quickly after we all left on our activism night October 1st and said Antifa group burned one of our banners but not before they wrote “fuck Thomas” on it…they posted the video. I’ve tried to reach out to him a few times since he’s in my area and he didn’t respond till days later and then the next time he bailed day of. He also bailed on coming with us for the mount Mitchell hike because he couldn’t sleep with a pocket knife. Adam NC can verify all of this as well let me know if you want to talk on mumble about it. “

Charlie Conry moved to Fairview, NC, a twenty minute drive from downtown Asheville about two years ago from Satellite Beach/Melbourne, Florida area.  His current employment is unknown but is likely remote work in finances.

Conry lives in a newer house bought  by his partner named Natalie Jean Cox who works for Superior Skilled Trades as a “National Account Manager”.  With the amount of propaganda coming out of her home we have a hard time believing she has no clue what her live-in nazi is up to in the basement. 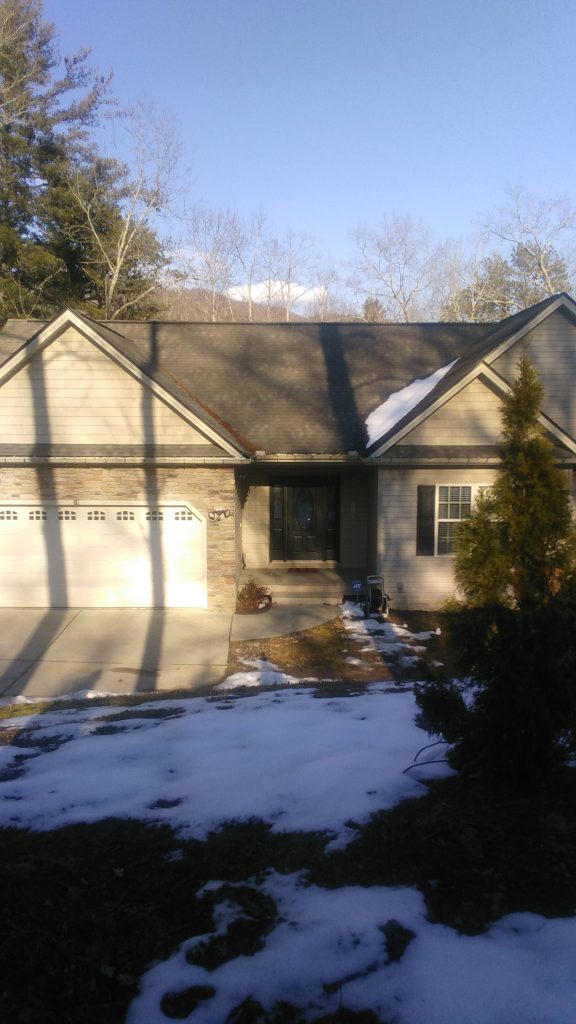 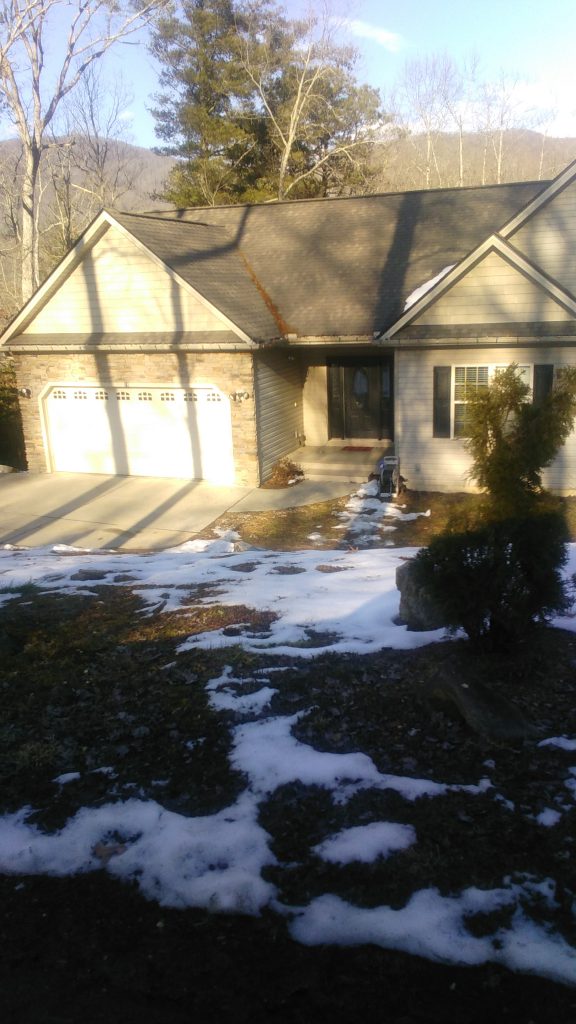 Charlie Conry likes to play disc golf and might be found at local courses like Richmond Hill. 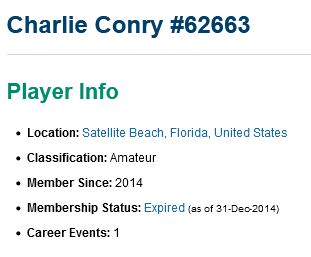 Other Patriot Front members identified around the country can be found here.

As always if you have any additional information about Charlie feel free to email tips to ashevilleantiracism (at)protonmail.com