Lives in the Matthews, NC area

In support of the ongoing effort to expose Patriot Front members using the recently leaked chats published by Unicorn Riot, we present Jacob Sieber AKA “Marcus-NC” . Jacob is one of the most active Patriot Front members of the Carolinas. He acts as the de facto “Network Director” for the two states, which do not enjoy a network title like other areas.

Who Is Patriot Front?

Patriot Front (PF) is a splinter from and rebranding of its former incarnation, Vanguard America, which held the prime organizers and participants in the infamous Unite The Right rally in 2017. Two weeks after James Alex Fields, Jr. murdered Heather Heyer at UTR in Charlottesville, Virginia, a very young Thomas Rousseau announced the transformation of Vanguard America into “Patriots Front,” seizing control of the Southern Front Discord server from ex-marine Dillon Irizarry (aka Dillon Hopper).

Patriot Front’s ideology never changed from its explicitly “American Fascist” ideology, regardless of which label they happened to be operating under at the time. For a more in-depth look at the interconnection, rebranding, and common memberships throughout the stages of the group’s current name – from Atomwaffen Division to American Reaction to American Vanguard to Vanguard America to National Bloc to National Socialist Legion to Patriot Front – click here.

Patriot Front is one of the largest distributors of racist and antisemitic propaganda in the country today, both online and via fliers, stickers, and banners. Patriot Front are also known for their short, choreographed “flash mob” type events where their members will briefly march through a city – often at night when there are no bystanders – while wearing khaki pants, polo shirts, and carrying American flags. These marches function as a means to create more fascist propaganda to recruit new members and spread their hateful ideology. It’s worth noting that during their briefly held march over the 4th of July weekend in 2021, bystanders in Philadelphia chased off the participating Patriot Front members.

On December 4, 2021 in Washington D.C.. Patriot Front marched in full fascist “riot gear” -including shin pads and shields- up and down the Capitol Mall, but ended up leaving about half their group waiting in the cold for hours waiting for a ride after what was originally attributed to the fascist organization’s lack of organization and historical untimeliness during such rallies. This cold failure has since been attributed to the coordinated direct action of antifascists attacking their personal and rented vehicles.

Immediately following their December 4th D.C. march, anti-fascist infiltrators within Patriot Front, along with researchers and groups across the country, began to publicly identify current members of Patriot Front, as part of an ongoing campaign to notify our local communities about neo-Nazis threats.

***For a gallery of all recently identified members of Patriot Front, click here!***

Unicorn Riot recently published the identities of previously unidentified Patriot Front members after obtaining police records from Patriot Front members’ police reports filed. The filings were in response to the members’ personal vehicles being sabotaged with nearly $10,000 worth of damage by antifascists in a Virginia parking lot, while Patriot Front marched in Washington D.C. on December 4th, 2021.

A leaked message from another Patriot Front member compiling information about damaged cars shows that the Jeep Cherokee listed under a Sieber’s name in the Maryland Park Police report belongs to “owner Marcus NC.”

Here is  Patriot Front member ‘Marcus NC’ training in riot shield tactics in a video leaked in November 2021. The video features Patriot Front drilling ahead of their disaster-filled national action in Washington DC in December 2021. Marcus is repeatedly told he is failing to keep up with the line formation as instructed.

‘Marcus NC‘, who has conducted membership interviews on behalf of Patriot Front and used the group’s official chat to share antisemitic memes, wrote that he drove a Jeep Cherokee “like 18 hours with a shattered windshield” after the event.

Upon further investigation into Jacob Alexander Sieber, we discovered a lot, even while encountering obvious yet unsuccessful attempts to keep his personal information off of the internet and out of the hands of antifascist researchers. In other words, fascists can’t hide. Before we get into his personal history, let’s take a look at what role he plays in Patriot Front and some of his own words and actions.

As part of Unicorn Riot’s leaks, viewers are afforded an inside look at the chat logs of Patriot Front over the platform RocketChat. This includes access to direct messages between members. Additional troves of videos and images were recovered and are available to the public for review.

In these chat logs, Jacob Alexander Sieber clearly communicates under the alias ‘Marcus NC’. In his own words, Sieber displays and describes his role in the fascist, white power organization Patriot Front. He routinely communicates his eagerness to assume and hold onto  leadership positions for the Carolinas region and take on more and more responsibility and action for the fascist cause.

In the highlighted portions of the chats below, Sieber emphasizes his desire to take on a shield team position. As mentioned earlier, video footage shows Sieber training for a shield position. He is constantly reminded by the leader of the training exercise that he’s doing it all wrong. But it’s not for a lack of his desire to be a part of a more militant and violent front of the fascist march, albeit with a sad effort.

Importantly, Sieber mentions his participation in the Patriot Front march that took place in Philadelphia over the 4th of July weekend of 2021, where only a few antifascist locals fought the over 100 nazis off by themselves. Sieber also reveals his association with the Sons of the Confederacy holiday march, which has been a hotly contested appearance at local parades for years due to the groups deeply racist roots and known fascist membership.

A discussion of the vile Evangelist Billy Graham is worthy of an entire set of volumes. However, to encapsulate where it comes into play for Jake Sieber would be how it ties in with his white supremacist views. Graham was a known misogynist and antisemite, who advocated for gay conversion therapy among a litany of other views. These dangerous views are endorsed and reproduced by virtually all white supremacist, fascist, and neo-nazi groups today. Especially Patriot Front. 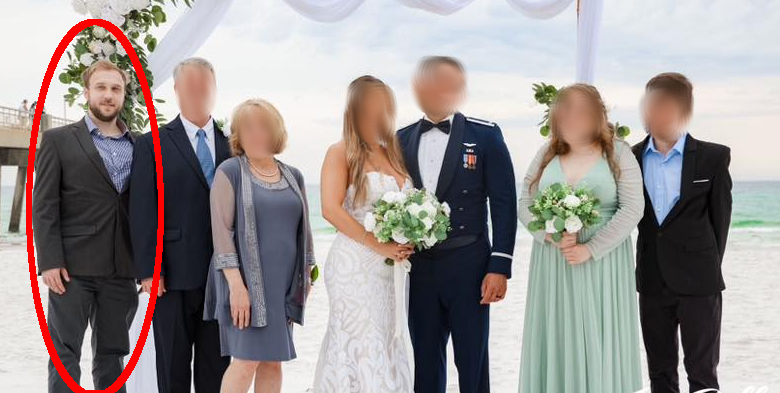 Jake Sieber went to school at Appalachian State University in Boone, NC. The addresses linked to his voter registration and his education history on  LinkedIn confirm this. He briefly attended University of North Carolina at Charlotte.  At both universities, Sieber studied in the Computer Sciences department and has since gone on to work in the field.

Jacob Alexander Sieber, aka Jake Sieber, aka Marcus NC of of the white supremacist organization Patriot Front is currently working as a data scientist at Domtar, an international paper company that makes billions of dollars each year. His position at a huge company means he can access a plenitude of the populations personal and private information.This is concerning since, as a fascist, Sieber endorses raced, classed and gendered violence against marginalized populations. The ease at which he could potentially use this information to target vulnerable groups is not only problematic, it is dangerous and unethical.

The paycheck Sieber receives from his position at Domtar affords him the ability to fund Patriot Front activity in the Carolinas. For example, Sieber was able to easily pay for the vehicle damages of all the Carolina members’ cars after the December 4th D.C. rally.

You should get in touch and let them know exactly why you think white supremacist organizer and known member of the fascist organization Patriot Front – Jacob Sieber, shouldn’t work there!

As always, if you have any additional information about Jacob Sieber feel free to email tips to ashevilleantiracism (at) protonmail.com